TB tests are usually performed on Monday and Tuesday mornings and readings are on Wednesday and Thursday afternoons or by appointment. 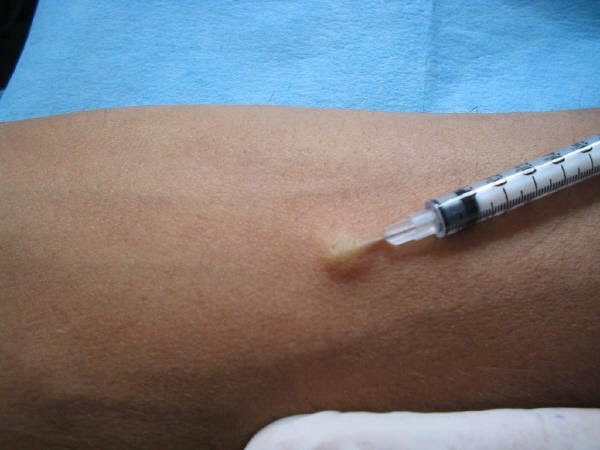 The tuberculin skin test is used to find out whether a person is infected with the TB germ. It does not tell whether the person has TB disease. For the skin test, a small amount of fluid–called tuberculin–is injected under the skin in the lower part of the arm. Two or three days later, a health care worker checks the site of the injection to see if there has been a reaction. 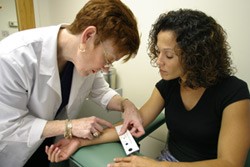 Tuberculosis (TB) is a contagious and potentially life-threatening disease transmitted through the air. While it can affect any part of the body (such as the brain, the kidneys or the spine), TB usually affects the lungs. When first infected with the TB germ, people usually do not feel sick or have any symptoms. However, they may develop active TB disease in the future.
Although both preventable and curable, tuberculosis once was the leading cause of death in the United States. Today in Illinois, less than 30 deaths a year are attributed to tuberculosis and the number of cases in the state has fallen more than 40 percent in the past 10 years, reaching an all-time low of 320 in 2014.